Follow this story to get e-mail alerts from Broadcast Beat when there is a future article about this storyline.

Gordon Moore, in 1965, predicted that the number of transistors in an IC or chip doubles approximately every two years, or that IC complexity could be expanded exponentially at a reasonable cost approximately every two years. Similarly in the 1950s, IBM showcased the first hard disk drive that was the size of two refrigerators with 50”x24” platters to give 3.75MB of data storage; with its 1956 version integrated in its RAMAC 305 system holding 5MB of data at $10k per MB ($10 per MB). In comparison, today’s 8TB drive costs approximately $0.038 per GB ($3.8 x 10-8 per MB) and going to 100TB in a 3.5 in. form factor by 2025, according to ASTC, growing at 30% CAGR. See chart below.

Taking a look at the evolution of storage technology for the past half century, one beneficial takeaway from the continual commoditization of component complexity and system cost coupled with advances in storage software operating systems is the move away from proprietary, monolithic and expensive vendor locked-in solutions of yesteryear being replaced by commodity sourced hardware with ever-increasing functionality, performance and homogeneous technology in a monopolistic competitive landscape. To differentiate themselves, many small to medium scale storage manufacturers have added value to their systems including choice of SAS/SATA HDDs, SSDs and hybrid drives, custom ASIC enhanced, cableless backplanes and specialized I/O NICs to improve performance and scalability; better enclosure and fan designs for more efficient thermal dissipation and noise control; dual RAID, hot-swappable power supplies and hands-free monitoring and diagnostics to improve reliability and MTBF, and advanced in-house/OEM software operating systems to improve functionality. The result is a storage system providing enterprise level performance, reliability and functionality at a fraction of the cost of top tier vendors.

One such company that offers such a system is California based JMR Electronics, Inc. and their affordably priced Dual RAID BlueStorTM SHARE Networked Storage Server powered by euroNAS software OS.

Targeted to the small-to-medium pro-av, broadcast/cable/satellite, streaming media and production/post production facilities that have need for high-speed Ethernet or Fiber based, high-load applications (shared storage) requiring high sustained throughput, the BlueStor SHARE server is ideal for file serving, load-balancing and fault-tolerant email/web server/streaming media, digital A/V (Audio/Video) workflow storage, HA cluster and back up storage applications. Priced at up to five times less than other enterprise-class offerings, it’s available up to 160TB data capacity in a 3U enclosure and can scale beyond 1 PB with a single head unit. The software license provided from the start allows unlimited storage capacity without need for license upgrades.

“Our third-generation network server is our answer to IT administrators or A/V professionals wanting similar performance, reliability and ease of use from the major brand names but without the expensive price tag,” said Josef Rabinovitz, president and CEO of JMR. “Larger competitors’ offerings are up to five times more expensive and do not match our breadth of file system support or ease of setup and operation. Smaller competitors struggle to match our price and cannot match the robustness of our system’s construction, reliability and performance, as well as our customer-focused pre/after-sales support. By combining SAS RAID and file server functionality into a single unit, our latest server appliance delivers simple, reliable, high performance storage for converged networks, enabling our customers to be unlimited in their ability to expand applications to the cloud, virtualized and clustered environments.”

According to Rabinovitz, the BlueStor SHARE storage server has a unique patented modular design that uses only two cables in the data path, minimizing airflow restrictions and points of failure. The 3U rack mounted SAS/SATA system can accommodate sixteen 3.5″ or 2.5″ SAS, SATA, or Solid State Drives (SSD) affording up to 1,800 MB/s with SATA-III drives and 3,000 MB/s using SSDs and up to 160TB capacity, and uses vertically-mounted disk drives in designed-in lightweight, low cost, vibration-dampening disk drive canisters for the highest signal integrity and airflow. The result is lower drive temperatures, higher operational efficiency and extreme reliability.

In addition, the BlueStor SHARE storage server is SES 2.0 compliant and provides real-time disk activity/failure status for every drive bay as well as physical user interface controls and indicators for power and cooling status with visible and audible alarms, plus front panel “on-off” and “reset” switches.

Hardware agnostic OS
Legacy storage manufacturers often use proprietary hardware and an operating system which will only run on the hardware in question. With euroNAS, standard servers can emulate powerful storage solutions but at a fraction of the cost.

Software-defined Storage
euroNAS is flexible and supports most servers on the market but doesn’t need bare metal hardware. It can be used as a cost-effective Virtual Storage Appliance within a virtualized environment so users can use their existing storage to build something greater.

Active Directory
The server can be configured as a member of Active Directory Domain, users and passwords will be automatically be synchronized with the domain. System Administrators can much easier manage their users and authentication.

Fibre Channel Support
Fibre Channel (FC) is an enterprise high-speed storage technology. With euroNAS, users can build an FC Storage appliance that will provide enterprise I/O and speed. It supports speeds of up to 16 Gb/s. With SAN Cluster, it can mirror a facility’s data utilizing enterprise FC protocol.

Hybrid Cache-Tiering
euroNAS Premium and HA Cluster can be configured for Cache Tiering. It improves the performance of a storage server by dynamically moving frequently used data to a faster, smaller device such as an SSD. This hybrid storage server will provide higher I/O performance and larger capacity at the same time. It will automatically analyze incoming data transfer and moves blocks that are used more often to the faster (SSD) disks. The longer the server is in use, the more efficient it will become.

Thin Provisioning
Thin provisioning is a euroNAS Premium feature for the creation of virtual volumes with more combined space than the physical volume (based on just-enough and just-in-time basis), where they are created. The benefit from this is more effective utilization of available space and a more flexible model, where resources can be extended when it is necessary.

Server Mirror via Ethernet
euroNAS HA Cluster offers high availability through real time, continuous data replication and synchronization between two mirrored servers. Both servers contain identical data securing redundancy, so in case one of the them fails, clients can still access their data. Also, it is possible to define which resources should run on which server, enabling more efficient usage of servers and higher performance at the same time. In addition, HA cluster supports a wide range of services such as SMB/CIFS/AFP, Active Directory authentication (for CIFS and AFP), NFS and iSCSI.

Snapshots
Snapshots allow user to make a single or scheduled copy of the state of a share/iSCSI/FC target at a particular point in time. The snapshot includes configuration and disk data which, if needed, can be restored to the state of the share at the point when the snapshot was made.

Client Backup
This feature is used for making a backup of other foreign NAS servers to an euroNAS server.

Network Bonding
Network interfaces can be combined for failover redundancy or increased throughput.

How Facilities Use SHARE
Two post facilities were contacted, La Grange Post and Cucumber & Company on both sides of the U.S. to see why they purchased JMR’s BlueStor SHARE and how they were using the system. Southern California based La Grange Post had chosen the company’s storage server as their central storage hub, in addition to adding JBOD expansion for 200TB capacity to power future growth.

According to facility owner Ayal Nitzan, “We spent a great deal of time searching for assets across multiple drives and were not able to see everything in one location or GUI window prior to integrating the JMR SHARE NAS storage system. Our system requirements included a future-proof system that would be able to handle the read/write requirements of up to 4K workflows from multiple edit bays, have a very high degree of reliability, comprehensive functionality, excellent client support and at a reasonable price.”

La Grange did significant due diligence before deciding on JMR. Added Nitzan, “Aside from the high degree of expected performance and reliability, we wanted a system that could handle high-load shared storage applications and having a software license that doesn’t charge us for additional storage capacity. We looked at LaCie, OWC, Synology, HGST and ExaGrid before deciding on JMR and their BlueStor SHARE system. The JMR system is advanced, rock solid and reliable; their support personnel are extremely knowledgeable, and customer focused; and the system has proven to be simple-to-install-and-use. Bottom line – a win-win for our clients due to the significant improvement in workflow efficiency and great ROI for us.”

Cucumber & Company, which opened its doors in 2003, provides businesses and producers with a variety of services that include video production, web design, multimedia marketing, and graphic design throughout the Mountain State and nationwide. The company touts an experienced customer centric team comprising of video editors, camera operators, drone pilots and live streaming directors that afford its clients video production products including car commercials, corporate training videos, website promotional videos, and live event coverage, as well as multi-camera shoots with the ability to live stream events to thousands of people online.

JMR’s BlueStor SHARE with 10GbE fiber I/O connections, powered by euroNAS OS, acts as the main drive and repository for Cucumber & Company’s production and post production workflows. Facility owner Dwane Muncy explains the logistical challenges prior to choosing SHARE, “We wasted a great deal of time searching for assets across multiple drives or were misplaced, and we were not able to see everything in one location prior to installing the JMR NAS storage server into our network. Our performance and capacity requirements include a scalable system that would be able to handle the read/write requirements of up to real-time 4K workflows from multiple edit bays, easy-to-use functionality, have a very high degree of reliability, excellent client support and at a reasonable price.”

Cucumber & Company researched many vendors before deciding on JMR and their BlueStor SHARE system. Added Muncy, “SHARE checked all of our requirement boxes on build quality, reliability, performance and capacity, functionality, price and after sales support. An added benefit is that the system can handle high-load shared storage applications and having a software license that doesn’t charge for additional storage capacity. This is a top-notch product from a world-class company. Every time I have had a question, JMR and their support personnel which are extremely knowledgeable, were right there to help me solve the issue.” 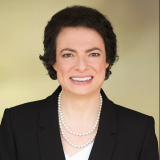